this is one of my favorite parts of christmas every year. 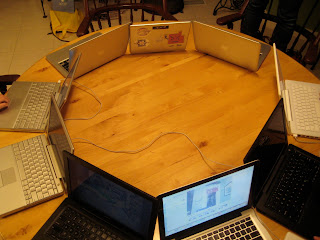 i think you could say we're a mac sort of family. 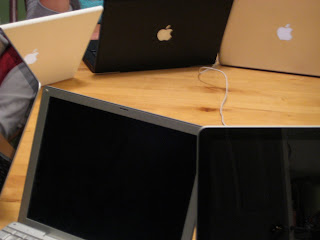 the only one not accounted for in this picture is isaac, the youngest cousin (9).  and honestly, i'm not sure if we'll have to wait long ; )

Today and tomorrow are nearly the only two days we don't have to go the airport from December 21st-30th.  We took advantage, by going to finish up some last minute shopping in an extremely crowded mall.

what are the funny quirks about your family when you all gather together?  identical christmas pajamas? matching ugg boots? (you should see our laundry room)  traditional morning coffee and pancakes everyday?

I was lucky this year, since my family saved decorating the christmas tree until both my sister and I got home from our across the world voyages.  I always love decorating the tree- every year we open up the ornament boxes I feel like it's for the first time. 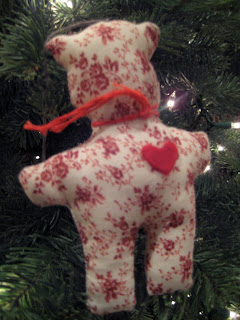 we have our classic choices, such as this (blurry) bear 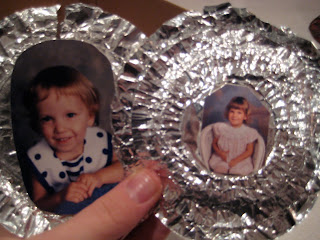 the ones from our homemade ornament era. 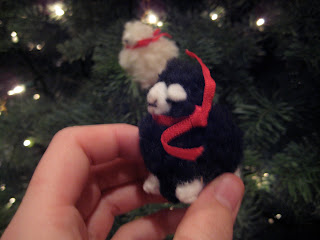 some of my favorites, the cottonball sheep. 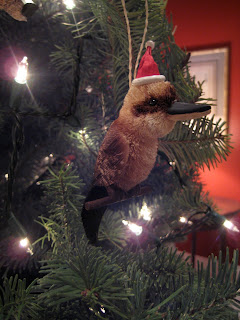 and the newest australian line of ornaments. complete with kookabura... 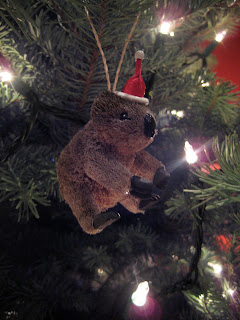 What kinds of ornaments are on your trees?  New ones?  Old ones?

I apologize for my absence the past couple of weeks.  I got hit by a pretty big bug/virus a week and a half ago, and it totally wiped me out.  Guess that's part of the job package when you work with middle schoolers full of germs all week.  Luckily I have an awesome roomate, who found me some chicken noodle soup and orange juice, which made being sick in a foreign country a little more bearable : )

Last week, getting ready to come home, was jam packed full of last minute Christmas shopping (which still isn't done...) and finishing up Christmas activities with the classes.

And NOW, after a slightly nightmare-ish set of flights between Paris, Chicago, and Salt Lake, I'm finally home for Christmas with the fam.  I'm also enjoying my own bed, soft water, driving everywhere, and the dishwasher!  Mmmm.

What are the little things you're enjoying at the moment?  Heading off to somewhere fun for the holidays?  I'll try to get back to some regular posting, stick with me!

Hello !
How was your weekend?  Full of tree hunting, garland hanging and football cheering?
My Saturday was full of lots of things and my Sunday was full of nothing, which was glorious : ) 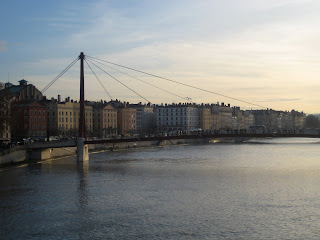 Saturday we drove over to Lyon, where they were having their annual,

It was amazing, btw, to see some blue sky!! 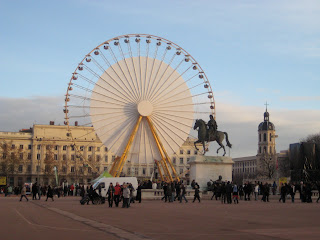 this is place de bellecour, one of the main squares in the centre ville 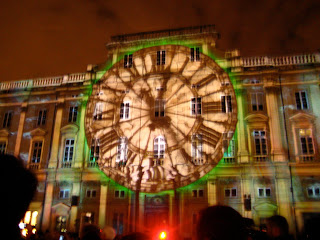 as it got darker, several buildings downtown were lit up and some had 'animations'

every so often. sorry for the blur, the night shots on my camera are a bit off 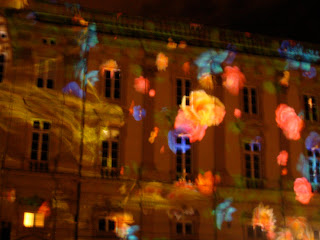 this 'animation' was called 'jouons avec le temps' which means,

it was all about the effects of time and the elements.

there were snowstorms, rainstorms, fires, earthquakes...

everything destroyed the hôtel de ville, and it was 'built up again' between each step.

and then there were flowers : ) 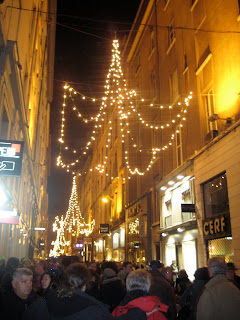 there were lights on EVERY street.

it was uncomfortably packed. 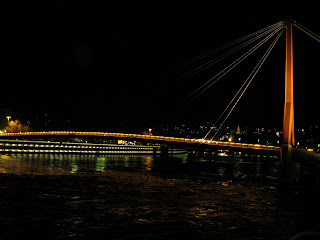 we had to escape the city center, it was seriously claustrophobic. 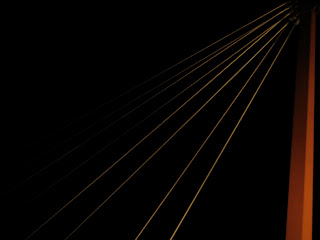 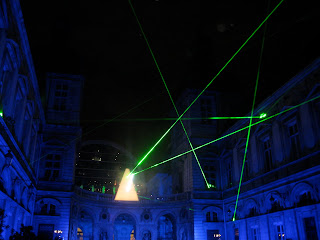 this was in the square behind the hôtel de ville.

it was a sort of laser show.

the pyramid in the middle acted as a clock, with a second hand swinging back and forth.

every time a green laser beam was hit by the swinging minute hand,

it cut the flow to the rest of the laser beams.

a sort of chain reaction. 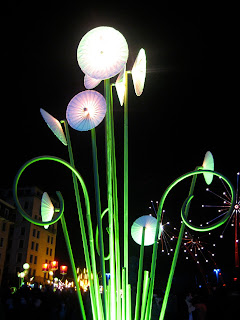 one of my favorite parts was the flower garden.

The fête des lumières was nice, but I'm not sure it's something I would do more than once.  I expected more light shows- in the end, there was really only one organized performance that we saw.  The rest of the evening was spent literally like a little calf in a herd of cows.  Angry cows, some with baby strollers.  Please explain how impractical you have to be, to bring a baby stroller to an event with hundreds of thousands of people.

It was a nice weekend, and the relaxing Sunday was long overdue.  I feel reenergized, at least so far!  This week is busy busy busy, and at the end of next week I'll be home!  Lots to look forward to, and lots of Christmas shopping to do in the meantime.

How was your weekend?

Wishing you a wonderful rest of your Monday!

Although the Christmas lights around Beaune have not officially lit up yet, our apartment is slowly building up some holiday cheer. 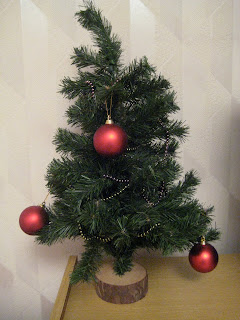 Alright, I caught it in a charlie brown type moment, but I think our little tree is quite cute.

Nothing compared to fresh pine smell, but it will have to do for the moment! 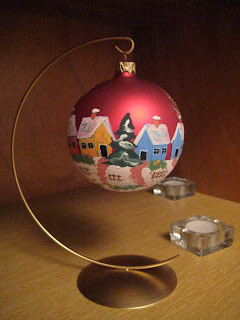 This is a darling gift I received this weekend- a beautiful hand painted ornament.

I don't feel quite like we're in the Christmas season yet.  Even though it's getting colder and colder on my evening bike rides back from work!  I can't wait for the snow, crowded house, skiing, christmas tree, cozy couches, peppermint ice cream, morning scones and honey, and general wonderfulness of being home.  Less than 3 weeks away!

This weekend we may pop over to Lyon, about an hour and a half away, for la fête des lumières, the light festival that marks the beginning of the holiday season every year.  And after that, it's only one more weekend before Christmas break : )

What are you doing to get into the Christmas spirit?  Love Actually?  Peppermint mochas?  Snowman and reindeer pjs? 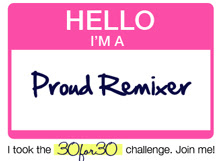